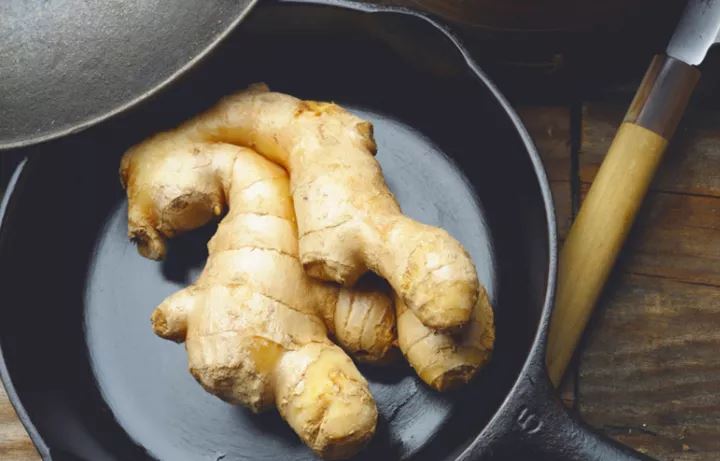 Why you NEED to have Ginger

Ginger is used in many asian dishes. If you like a bit of kick to your food than you may have it often. Despite the appeal to our taste buds ginger actually has some AMAZING benefits.

Ginger has been a natural healing remedy for some centuries and has been used to cure all sorts of ailments. It has been used to treat colds and flues, diarrhea as well as indigestion. When picking ginger buy the whole ginger root. Look for ginger that is firm to the touch and not wilted, dried, or moldy.

Here are some research based benefits to back up this healing spice.

Check it out below:

Ginger contains dozens of the most potent natural inflammation-fighting substances, like gingerols. The ability for food to reduce inflammation is important, as inflammation contributes to many chronic conditions including obesity, diabetes, pain, and heart disease.

Ginger also has powerful antioxidant effects. It raises levels of the master antioxidant glutathione in the body. And by fighting oxidative stress, ginger helps control the process of aging.

3. It assists with weight loss.

Research shows that ginger tea helps prevent metabolic disorders and reduces the feeling of hunger, meaning it plays a role in weight management.

4. It can help manage diabetes.

One study showed that ginger can improve fasting blood sugar in type 2 diabetes patients. And scientists have discovered that combining honey and ginger reduces oxidative stress as well as the complications of diabetes.

This is especially important, given that the number of people with diabetes across the world is predicted to increase from 171 million in 2000 to 552 million by 2030.

Since ancient times, natural compounds of ginger have been appreciated for their use in preventing various age-related ailments, including brain aging and neuro-degeneration. Recent studies have emphasized ginger’s benefits in treating Alzheimer’s disease.