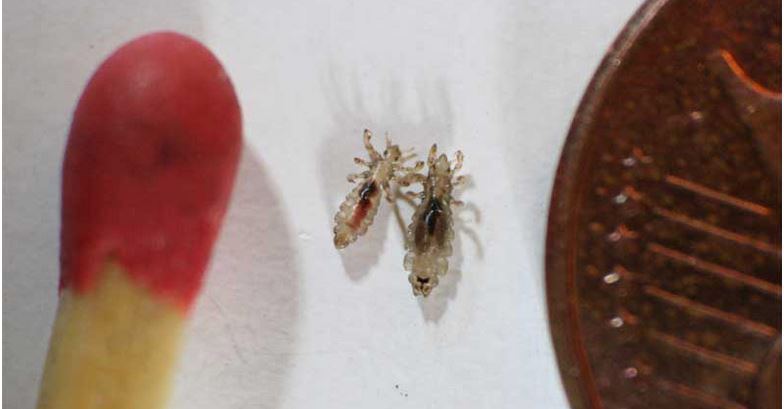 A simple solution you without spending all that cash

Lice. Even the word makes my skin crawl. No parent wants their kid to come home with a head full of lice., and you especially don’t want to spend hours sitting in front of the mirror with a lice comb. Not only are lice aggravating and can cause your child’s scalp to itch like crazy and become inflamed, they are also contagious.

They aren’t dangerous, but you don’t want them hanging around your home either.

If you don’t want to spend a lot of money on lice shampoo, the following article shows you an alternative you can use at home.

Even though they don’t recommend using the blue or green mouthwash on blondes, we did and didn’t have any problems. Douse your child’s head with as much Listerine as needed to completely wet their head.

Once their head is completely drenched, gather their hair and put a plastic grocery bag, or shower cap, over it and leave it sit for at least an hour. We just used a few grocery bags to keep the wetness in and placed a towel around their shoulders. Children can play and do whatever you like. Just make sure to form a tight seal around their scalp to keep the lice in.

After enough time has passed, carefully remove the bags. You might be surprised at how many dead head lice are in the bags. Definitely not what you want to see, but at least you know it is doing the job.

Carefully rinse the mouthwash from their hair. Douse their head with the white vinegar. Reapply the bags again. Let it sit for another hour.

After an hour, take the bags off carefully. Rinse the vinegar from their hair. Shampoo as normal.

Once done, comb their hair using the lice comb. The vinegar helps to loosen the glue on the eggs, so that way you can easily comb them out.

The smell of the Listerine will help to keep them away. Lice especially don’t like the smell of spearmint, so you can put a bit of Listerine in a spray bottle with some water and spray your little one’s hair before they head to school.

Sure, you might spend a few hours doing the entire treatment, but you aren’t shoving a bunch of harsh chemicals into your little one’s bloodstream. Yeah, all of that lice medication goes straight through the scalp and into their system. Not something we were willing to deal with.